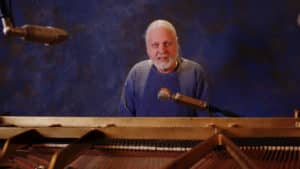 Walter “Waz” Lisek is an multi instrument player and music teacher who performs at the Theatre at the Center in Munster Indiana.

Asterisk* means song does not have notes.

Songs ranked by difficulty to play from Level 1-5 (L-1) being the easiest (L-5) the hardest.

Scroll to bottom of page to view songs in “Group Buys” at discounted prices.

The Very Best Piano Instruction presents the recorded material as Courses, Mini Courses and Songs. Courses are topic orientated and teach on subjects such as piano basics and inversions. Mini Courses go into the details and analysis of one particular song which is whatever the player might think important, such as the songs key and chord structure. Songs are what make up the majority of the material on this site and are broken down into “Intro, Whole Song & Parts”. In the Intro the player will state the song tile and possibly some background information followed by the Whole Song played in its entirety. It is then broken down into Parts that can be played back at 100% and 30% speeds respectively. The Mini Courses have the “Intro, Whole Song & Parts” included, so no need to buy both for a particular song. We offer it like this so if you don’t need or want the analysis just buy the song and save.