You are here: Home1 / Darryl Armistead 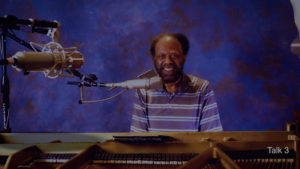 A native of Indianapolis, Indiana, Darryl moved to the Chicago area in 2003. He has been a vocalist, musician and band-leader for over thirty years with many different bands that have performed in the midwest. He is a multi-instrumentalist, playing piano, organ, synthesizers, guitar, trumpet, bass and drums. While in Indianapolis, he had the privilege of being the Music Director for the Indianapolis Civic Theatre and the Indiana Repetory Theatre. He was the owner of Chartbusters Recording Studio in Indianapolis and producer of the cable access television show “Destiny in Hymn”. Contact at darrylarmistead.com

Asterisk* means song does not have sheet music or Word notes.

Songs ranked by difficulty to play from level 1-5 (L-1) being the easiest (L-5) the hardest.

Scroll to the bottom of the page to view songs in “Group Buys” at discounted prices.